The Prison Industrial Complex (PIC) is a term used to describe the overlapping interests of government and industry that use surveillance, policing and imprisonment as solutions to economic, social and political problems. (1)

The Prison Industrial Complex is not just prisons themselves, it is mutually reinforcing web of relationships, between and not limited to, for example, prisons, the probation service, the police, the courts, all the companies that profit from transporting, feeding and exploiting prisoners, and so forth.

People harmed by the Prison Industrial Complex in the UK 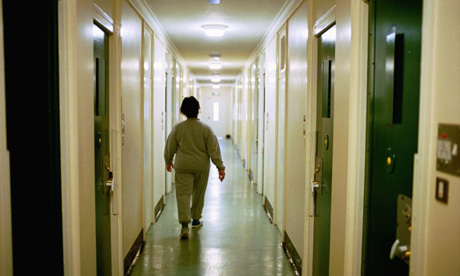 Image from the Guardian

In the UK there are currently 85,690 people in prison, not including people detained under the Mental Health Act, in Secure Children’s homes or in Immigration detention. (2) The prison population in England and Wales has doubled in the past twenty years.

A very brief introduction to the prison system in the UK shows that 27% of the adult prison population has been in care and almost 40% of prisoners under 21 were in care as children (3). 72% of male and 70% of female sentenced prisoners suffer from two or more mental health disorders. In the last decade the women’s prison population has gone up by 33%, with two thirds being in prison for non-violent offences. Over half have suffered domestic violence and one in three has experienced sexual abuse. 66% of women in prison have dependent children under 18 and it is estimated that 17,700 children are separated from their mother by imprisonment. Over a quarter of the UK prison population is also from a minority ethnic group. (4)

Detailed in the Safer Custody Reports from January – March 2012, in the past year there were over 211 deaths in custody, 5611 self-harm incidents and 3,725 assault incidents (5). The rates of self-harmers being women is approximately 11 times higher than for males. 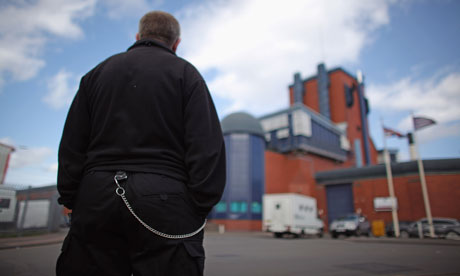 Image from the Guardian

The harm of the prison system isn’t just inside the grey buildings and huge walls. Its web of violent interrelationships entangle prisoners, their families, lovers, friends and communities the world over.

As a collective we oppose both state and private prisons and we would like to illustrate how these are connected, and how prisons are used as a tool worldwide for social control and repression.

The UK has the most privatised prison system in Europe, with 11.6% of the total prisoner population (nearly 10,000 people) held in private prisons (4). Privatisation means that multinational companies profit from the prison system in nearly all ways, from electronic tagging to running prison themselves. Profit is priority above harm reduction and when a company is paid for how full their prison is, the investment in rehabilitation is clearly running opposite to business goals. Thousands of prisoners are also employed producing goods for private sector companies through mainly menial labour such as packing headphones and boxes. Read more about that here. (againstprisonslavery.org/)

Immigration is also a major player in the privatisation of the prison system. Since the 1990s there has been a major increase in “detention centres” or “immigration removal centres”, with no time limit on immigration detention (6). Women from foreign countries are one of the fastest growing groups in the female prison population and represent one in seven of all the women held in custody in England and Wales (4).

Criminalisation is the process through which actions become illegal. Actions become crimes only after they have been culturally or legally defined as crimes (1).

In the UK entire groups of people are targeted by the ‘criminal justice system’ for punishment and control, for example poor people, people of colour, queer communities, individuals with psycho-emotional health challenges trying to survive in our culture, as well as political organisers and those that resist capitalism and the state. In the past fifteen years, more than 3,200 new offences were created meaning people who would not have been criminalised previously are now swept into the criminal justice net (7).

“The law, in its majestic equality, forbids the rich as well as the poor to sleep under bridges, to beg in the streets, and to steal bread.”

In our culture we are manipulated through myths that anyone who breaks the law (a criminal) is a direct threat to us and our families and that safety of all kinds, including economic security, can be guaranteed by watching, controlling and caging the groups of people who suffer most because of poverty, racism or other forms of oppression. Capitalism is an economic system in which a small number of people maintain ownership and control of the means of production (e.g. Machines, factories, land) and the ways of distributing and making money off those goods.

Two essential needs of capitalism are growth and expansion – e.g. New markets, new products, new colonial frontiers, land to exploit and so forth, as well as a surplus of labour. The prison industrial complex has effectively created a whole new industry to make the rich richer and profit from the caging of human beings. Prison is also a tool to control the ‘surplus labour’ (e.g. Real people with real lives and needs) of working class peoples.

“The prison has become a black hole in which the detritus of contemporary capitalism is deposited. Mass imprisonment generates profits as it devours social wealth, and thus it tends to reproduce the very conditions that lead people to prison”

What impact does the Prison Industrial Complex have?

Prisons perpetuate and enable violence – putting someone in a cage is violent in itself. Prisoners experience violence in prisons themselves through physical and psycho-emotional assault, sexual assault and rape, harassment and neglect of many needs, especially health needs. Violence is also manifested in huge patterns of self harm and suicide, inside and outside prison, before and after sentences and interactions with the ‘criminal justice’ system.

Families, lovers and friends of those subjected to the prison industrial complex are also harmed through our culture of locking people up. Thousands of relationships are daily affected as people are separated from their communities. Individuals can loose their jobs, homes and possessions, as well as loose or deeply effect their relationships with children, parents and other family, lovers, friends and social ties.

Our current system does not meet the needs of individuals who have experienced harm either. Individuals and communities fail to feel safer with the growth of prisons and the prison industrial complex. The legal system is exclusive, intimidating, ineffective at meeting people’s needs and supporting their confidence that harm will be reduced. Instead of asking, ‘Who did it and how can we punish them?’ which is the function of our courts, we ask ‘Who was hurt? How can we support their healing? How can we prevent such harm in the future?’

How can we reduce harm?

As a collective we are not blind to the fact that crimes committed by many people who end up in prison can and do harm other people, for example we would never minimise the harm of being raped, the feeling of violation through experiencing a robbery, the life-long memory of assault and so on. However we also recognise that the state is also responsible for harm, for example imprisoning people, enacting policy that creates and perpetuates poverty, war and more, and these two aspects – interpersonal harm and state harm are interlinked.

We do not believe, nor is there evidence, that policing and imprisonment reduces harm. Caging people does not solve the social spirals of erosion in our societies that lead to harm such as drug abuse, poverty, violence, psycho-emotional health, or other aspects of oppression in our cultures which perpetuate harm.

Therefore as abolitionists we commit to designing and working for safe communities that genuinely reduce harm.