Posted by prisonab      20 April 2015
We have recently had a feature spread in the Occupied Times. This article introduces prison abolition: 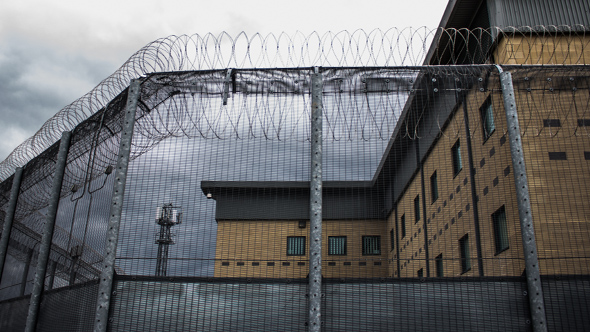 When the Empty Cages Collective facilitates workshops on prison abolition we ask participants to share their first cultural memory of prison. Was it the TV show Porridge? Or when Dumbo the Elephant’s mum is locked up? Together we explore how normalised prisons are and how, as abolitionist Angela Davis describes, “prison is considered an inevitable and permanent feature of our social lives.” We look at the way in which, from the youngest age, we’re taught that prisons are where the ‘bad people’ go, who would harm us should they escape. And at how we’re socialised to see prison as an inevitable part of working class life, where everyone will do some ‘bird’, where it’s almost a rite of passage.

Reactions to the idea of prison abolition are generally that it’s impractical, an unreachable utopia or that prisons are necessary because, well, “what would you do with all the dangerous people?” Prison abolition is often considered a pipe dream – even while other revolutionary or otherwise utopian ideals may be considered possible or achievable. For abolitionists on the other hand, it’s seen as a progressive frame for organising for social change, as much as a long term goal in and of itself.

Having spent enough years inside between us, members of the Empty Cages Collective have observed prison reform campaigns consisting of the same articles in prison newspapers, the same inspection reports, the same calls for ‘change’, for decades. The abolitionist stance, on the other hand, offers a clear position that can be summed up quite simply: prisons are inherently violent and oppressive institutions and they cannot be reformed.

If prisoners organise themselves and issue demands, such as the end of solitary confinement, we will of course support them. We cannot, however, call for reforms or work in a way that justifies, rationalises or normalises the existence of prisons. We cannot organise around reforms that extend the life of the prison-industrial complex. Two hundred years ago prison reformers lobbied to end capital punishment, to separate women from men prisoners and for prisoners to be given purposeful work. We now have a profitable industry warehousing long-term prisoners, we have women as the fastest growing prison population worldwide and have companies profiting from prison labour as ‘out of cell activity’.

Nobody knows the exact profit made by private companies using incarcerated workers. A report by Corporate Watch researching labour in UK detention centres, showed that the firms Serco, G4S, Mitie and GEO saved more than £2.8million from the exploitation of detained immigrants. A popular call from reformers to de-privatise the prison system, however, is unlikely to affect the prison-industrial complex’s potential for accumulation because profit-making services and products are so embedded in the public sector.

Of course, the changes in the prison system we see now aren’t solely the unintended consequences of reformists. There’s a complex historical pattern of capitalist growth and state innovations in social control. History does show, however, that allowing prisons to be normalised over time, accepting that cosmetic changes can be made and that the underlying notion of imprisonment is sound, has been a disaster. All of this positioning has enabled the accelerated growth of the prison system.

Abolitionists may fight for some ‘non-reformist reforms’ (ie changes that do immediately improve some prison conditions) but we can never back down from our guiding premise that prisons are harmful, violent and oppressive, do not keep communities safe and cannot be allowed to continue to exist.

As a collective we are not blind to the fact that acts committed by many people who end up in prison can and do harm other people. We would never downplay the trauma of being raped, the feeling of violation when robbed or the life-long memory of assault. The fact remains, though, that it’s often the same communities being criminalised that are most likely to experience these forms of harm. Prison offers no solution to violence or damage and is in fact only part of perpetuating more of the same.

We fight for abolition, some of us as survivors of abuse, because the state cannot meet our needs for safety. Interacting with the police and courts is well recognised to be disempowering and ineffective at meeting survivors’ needs because the law doesn’t place the survivor or victim at the centre of the process but rather seeks punishment for or restitution from the perpetrator on behalf of the state. Our power to articulate our needs and determine our own lives is taken away from us.

Furthermore we know focus on interpersonal harm isn’t enough, it creates an incomplete picture. To imprison individuals while creating and perpetuating conditions of poverty and war (such as is the uniquely privileged hypocrisy of the state) is a kind of madness. We see that these two aspects – interpersonal harm and state harm – are interlinked. We don’t believe, nor is there evidence, that policing and imprisonment reduces harm. Caging people does not solve the social crises in our societies of racism, sexism, drug abuse, violence, or psycho-emotional struggles.

As abolitionists we are committed to organising and working towards safe and healthy communities that can genuinely reduce harm. It is in this way that organising for abolition is a creative act. It is the unstoppable desire for self-determination, social justice and ecological living. It is the work that is already taking place in struggles for housing, access to food and land, in collective childcare projects and radical education networks. It is also the inspiring work that’s going on to find better ways of responding to acts of harm when they do arise.

Anarchists, radicals and rebels of many types continue to struggle to prevent and/or respond to harm within our communities where instances of interpersonal violence such as partner abuse and rape are, unfortunately, still common. We’re not living in a vacuum, unaffected by patriarchy and other patterns of domination. The US-based group, Incite!, for example, is a network of feminists of colour working to end violence against women, gender non-conforming and trans people of colour. In March 2015 they organised a conference called ‘Beyond the State: Inciting Transformative Possibilities’. The conference highlighted emerging strategies and new frameworks focused on ending violence without having to rely on policing, mass incarceration, restrictive legislation, and other systems of violence and control. And many other groups are also beginning to envision what new models for negotiating harm could look like.

One such framework is known as Transformative Justice (TJ). In the new publication, ‘What about the Rapists? Anarchist Approaches to Crime and Justice’, the authors aim to summarise this grassroots, dialogue-based model that has its origins in indigenous practices, mediation work, and Restorative Justice (RJ), which it closely resembles:

“Like RJ, it strongly opposes punitive responses to crime, places the parties in conflict at the centre of the process, and is (in theory at least), voluntary. Like RJ, it facilitates understanding between individuals, and allows them to agree steps to ‘repair’ the harm caused. However, TJ advocates have rightly accused RJ of being co-opted by the state, which undermines its potential to challenge structural inequalities. For instance, in the case of domestic violence, RJ at best ‘restores’ both parties to the unequal positions they held before the abuse took place.”

Paying attention to and reconfiguring power inequalities, placing survivors at the centre, creating opportunities for dialogue with a focus on accountability and support for all, is about the desire not to restore, but deeply transform. Transform everyone involved in beautiful, powerful and challenging ways.

Clearly there’s no one-size-fits-all solution. There never can be. The criminal ‘justice’ system fails because it dehumanises and is just an extension of a damaging social context. Abolition is about learning what it means to be human, creating the space for communities to recover their humanity, and determine their own systems for navigating power, living in more life-affirming ways and keeping each other safe and cared for.

Together we can consign the absurdity of the prison-industrial complex to the history books. No longer will caging human beings be held up as a solution to the complex challenges we face. Instead, a multitude of approaches and a diversity of tactics and actions will lead us to more social cohesion, mutual aid and respect. But that kind of change involves reinventing our lives, not reforming the current paradigms. Without an abolitionist framework our dreams will remain behind lock and key.