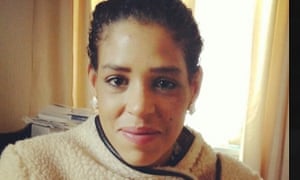 A jury at the inquest of Sarah Reed, a mentally ill prisoner at HMP Holloway who took her life at the jail last year, has identified serious shortcomings in her care.

Reed was in prison awaiting medical reports about whether she was mentally fit to plead after being charged with assaulting a nurse in a secure psychiatric unit. The reports found she was unfit to plead, but Reed killed herself three days before they were due to be completed.

The jury concluded that Reed, 32, killed herself at a time when the balance of her mind was disturbed, but they were unsure whether she had intended to do so. They said a failure in management of her medication and the failure to conclude the fitness to plead assessment in a timely manner contributed to her subsequent death.

They also had concerns about suicide and self-harm report monitoring and believed that Reed did not receive adequate treatment in prison for her high levels of distress.

Deborah Coles, director of Inquest, a charity providing expertise on state-related deaths, condemned the fact that Reed was in prison at all, given her serious mental illness.

“Sarah Reed was a woman in torment, imprisoned for the sake of two medical assessments to confirm what was resoundingly clear, that she needed specialist care not prison. Her death was a result of multi-agency failures to protect a woman in crisis. Instead of providing her with adequate support, the prison treated her ill mental health as a discipline, control and containment issue,” Coles said.

The jury delivered its narrative verdict at the inquest at City of London coroner’s court after hearing almost three weeks of evidence before the assistant coroner Peter Thornton QC.

Reed was found dead on her bed at HMP Holloway, north London, on 11 January 2016. The prison closed last summer. She had a ligature around her neck made from a bed sheet.

In 2016 there were 22 deaths in women’s prisons in England and Wales – the highest number of female prison deaths since 1990. According to Ministry of Justice statistics, within the female prison estate there were 10 self-inflicted deaths at a rate of 2.6 per 1,000 prisoners in the year to March 2017. This was double the rate of 1.3 per 1,000 prisoners across both the male and female estates.

Coles added: “Serious mental health problems are endemic in women’s prisons, with deaths last year at an all-time high. They continue because of the failure of the governments to act. The legacy of Sarah’s death and the inhumane and degrading treatment she was subjected to must result in an end to the use of prison for women.

The inquest heard Reed was on remand for 90 days after she was charged with the assault on a psychiatric nurse in October 2015.

Prison officers and medical staff in C1, the prison’s mental health assessment wing, gave her a “low risk” rating despite writing in her records that day: “She is completely psychotic, aggressive towards staff, making comments about god and the devil. She started rolling around in the bed and screaming.”

Reed had been suffering from serious mental ill health since the death of her six-month old baby in 2003. She suffered from paranoid schizophrenia, emotional unstable personality disorder and an eating disorder. She spent many years in and out of mental health institutions and prisons.

Anti-psychotic medication she had previously been taking had been stopped on medical advice because of fears it could cause a heart attack.

Fellow prisoners gave evidence that she had complained about being bullied and one inmate heard her call out “they are going to kill me” and said she was becoming increasingly paranoid and was too ill to be in prison.

In a statement read out by the coroner at the opening of the inquest, Reed’s mother, Marylin Reed, paid tribute to her daughter. “Sarah was adored and loved by the whole of her family. She was very much treasured. Her death has been devastating for us.”

The largest women’s prison in Britain will be turned into luxury flats, if the government gets its way

Sarah Reed’s mother: ‘My daughter was failed by many and I was ignored’